The Venturer Small Seconds is infused with design elements from traditional pocket watches and clever cues from the Bauhaus era of the 1920s and convex forms of the 1960s. In particular, this includes a larger bezel opening, revealing the extremely restrained and elegant H. Moser dial.
The swallow-shaped baton hands are long and slim, expressing a dynamic character. Carefully selected features are shared with other collections, such as the crown with the Moser “M” adorning its vertical flank and the curving lines of the satin-brushed area embellishing the case middle band. The resultant design engages with an arresting presence. 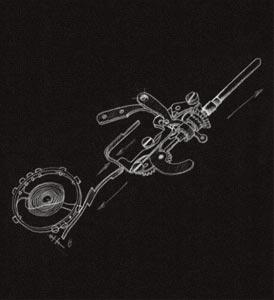 Featuring a sky-blue fumé dial with a sunburst pattern, this Venturer Small Seconds Purity has a hand-stitched beige kudu leather strap and a white gold pin buckle to match its white gold case. It is available in a limited edition of 100 pieces.

The inspiration for this latest collection from H. Moser & Cie. is the second phase of Heinrich Moser’s professional ventures in the Russian city of St. Petersburg. Established in 1828, H. Moser & Cie. soon attracted the patronage of the Imperial Court. Indeed, Moser quickly built his reputation and saw the watchmaking business that bore his name flourish and become a resounding commercial success.

The Venturer Collection includes an in-house manufacture movement, the Calibre HMC 327. This calibre is characterized by its traditional watchmaking finishing, minimum power reserve of three days and a hacking seconds function. Measuring 32 mm in diameter, the Calibre HMC 327 is optimally sized to suit the 39.0 mm case of the new Venturer Small Seconds. The HMC 327 has also been designed to sit closely to the exhibition case-back, allowing the wearer to enjoy an intimate view of the fine finishing practised at H. Moser & Cie.

The incorporation of a Hacking Seconds into our watches is an ingenious feature, which enables the watch to be set precisely to the second. The seconds hand remains stationary when the crown is pulled out to adjust the time – and it starts moving again the instant the crown is pushed in, to coincide with a time signal. 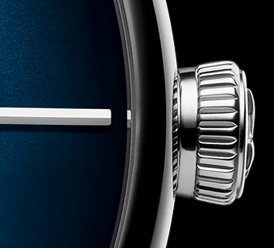 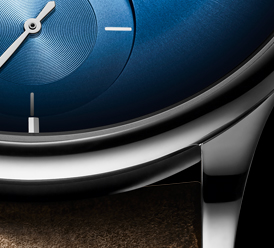